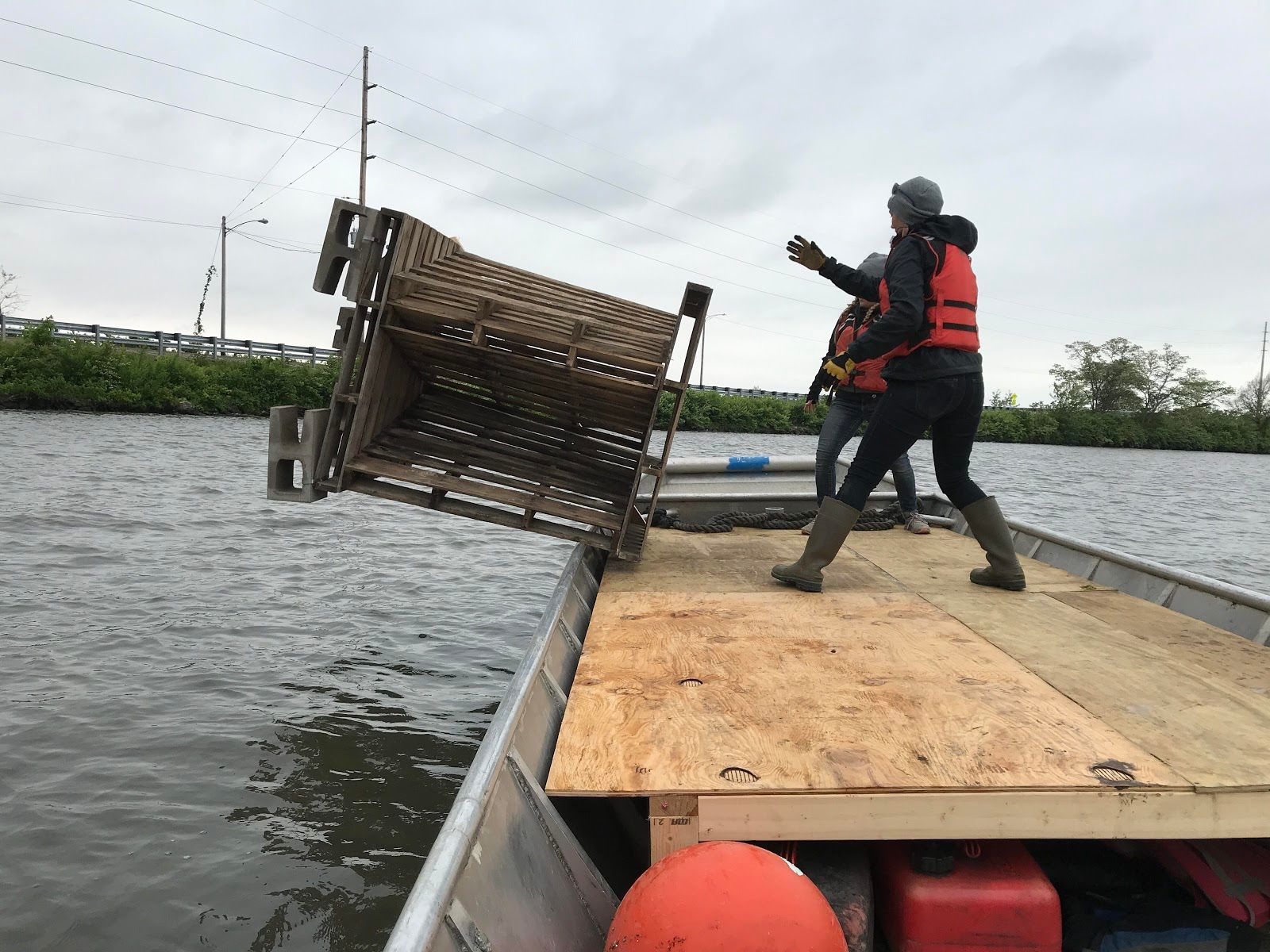 We recently built and deployed 32 fish attractors in Lake Decatur with the help of 60 ADM interns and their upper management team. With that event came a lot of questions on fish cribs (e.g. fish attractors). In this week’s blog, our Education and Project Coordinator, Meghan Elgan, lays down some fishy knowledge! 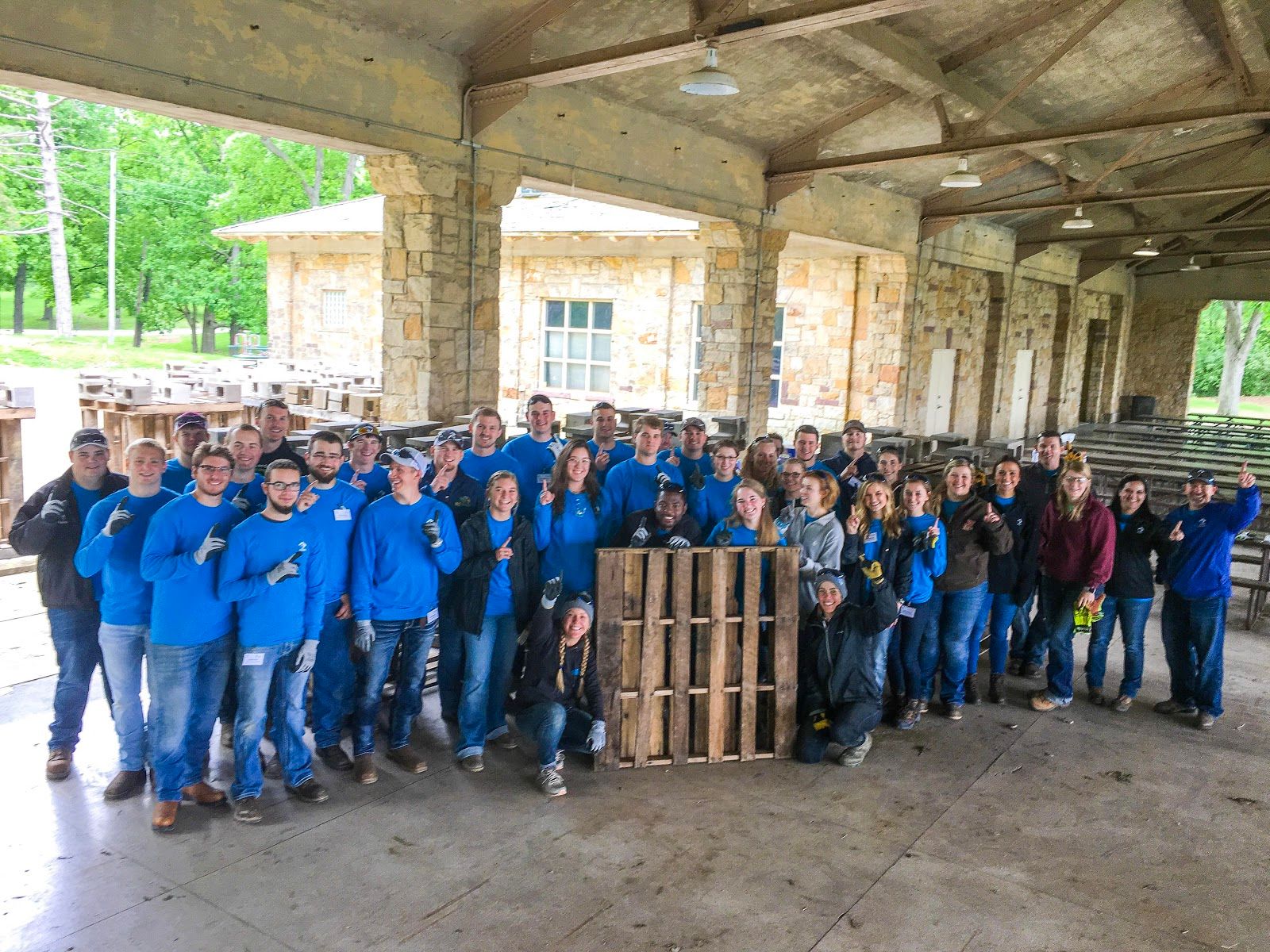 This is NOT your typical fish fry on a Friday night, though we support those, too!

fry1/frY/noun
1. A stage in the spawn cycle of aquatic animals after the female gives live birth.

Fish cribs are designed with two goals in mind: fish reproduction and protection of the fish fry and adult fish. But, there’s a right and a wrong way to introduce manmade fish cribs into nature.

Fish habitat is defined by the Magnuson-Stevens Fishery Conservation and Management Act as “those waters and substrate necessary to fish for spawning, breeding, feeding or growth to maturity." Fish in freshwater ecosystems require cover to hide when they’re in their early stages of growth, as well as abundant food sources from both animals and plant-life. When plant life is lacking in a body of water, fish populations can suffer. Without proper habitat to grow to maturity, the fish fry will have trouble surviving.

To compensate for lack of fish habitat, biologists manage for native, aquatic plant life. This process is the most normal means of increasing fish populations and has lasting benefits to a body of water. Another, simpler means of creating structure is to deploy man-made fish structures (fish attractors/fish cribs). According to the Kentucky Department of Fish and Wildlife, “structures (can) provide a substrate for algae and small aquatic insects,” and that is precisely what fry eat. Structures are most successful when they are at least 4’ tall and have complicated nooks and crannies. 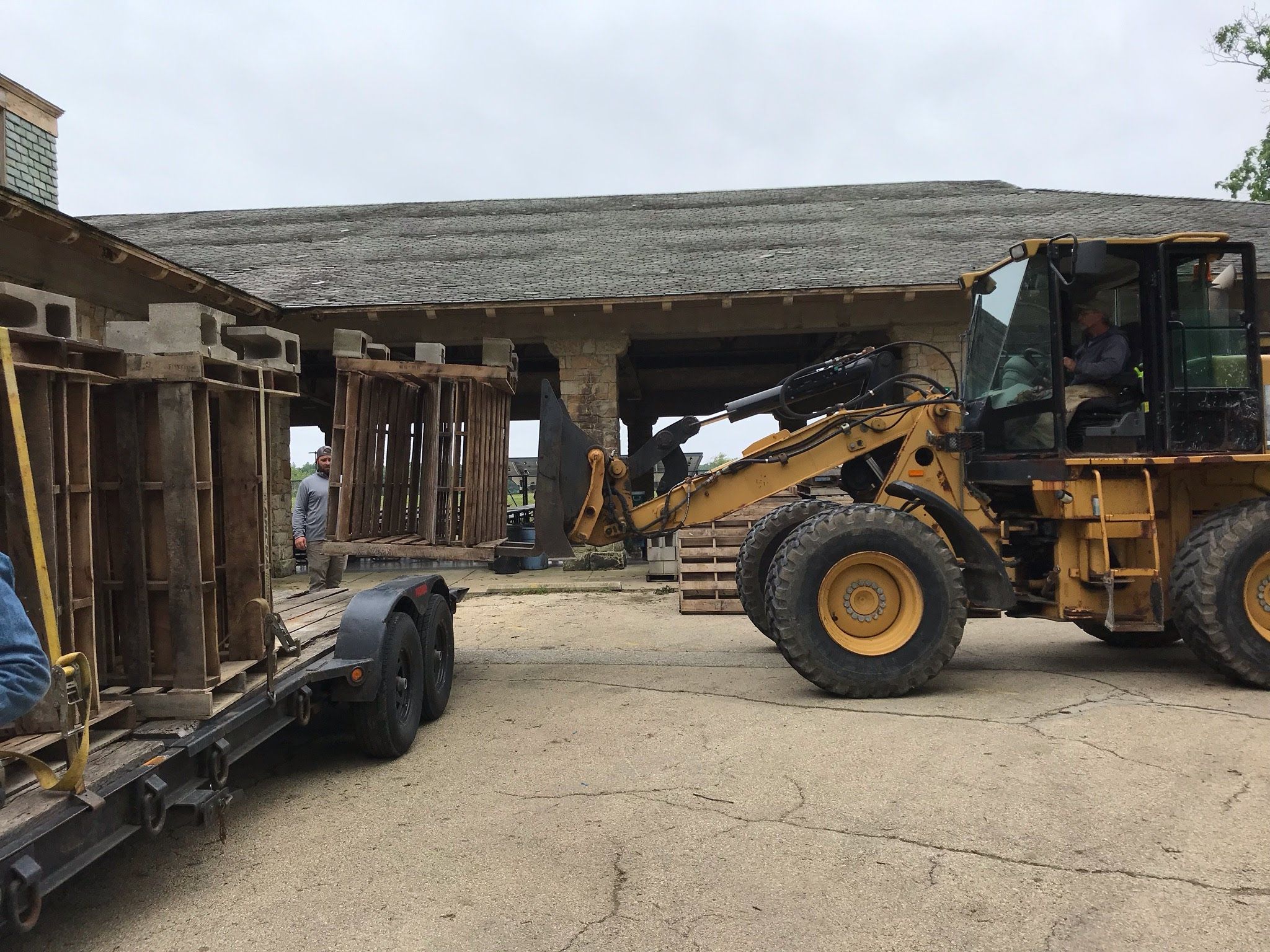 We entertained the idea of building fish cribs after Lake Decatur's biologist, Mike Mounce, enlightened us on the lack of fish habitat on the man-made lake. Due to the lake being manually flooded and the presence of dredging, the lake bottom is virtually plantless and severely lacking in fish habitat.

Working closely with the Illinois DNR, a design was drafted. We really wanted to go with hardwood material rather than plastic attractors since it didn’t feel right putting plastics in the water (still the number one pollutant we find in 20 years of river cleanups). We slightly tweaked the design after we realized each required more cinder blocks to sink. Heat treated, hardwood pallets were used, avoiding those treated with methyl bromide, a toxic chemical. We also incorporated stainless steel screws and hose clamps to avoid disintegrating in the water over time.

While interior brush is preferred, it tends to degrade quickly under water. As a replacement, we created a Z-pattern with the pallets to provide fish with those hidden crevices they like so much. Height is also very important, so we made sure these fish attractors were over 4' tall.

Not only do they look super cool but they will help fish fry flourish and, in turn, attract larger fish, which attracts anglers. All of the above provides a boost to Decatur’s economy! It’s a fin-win!